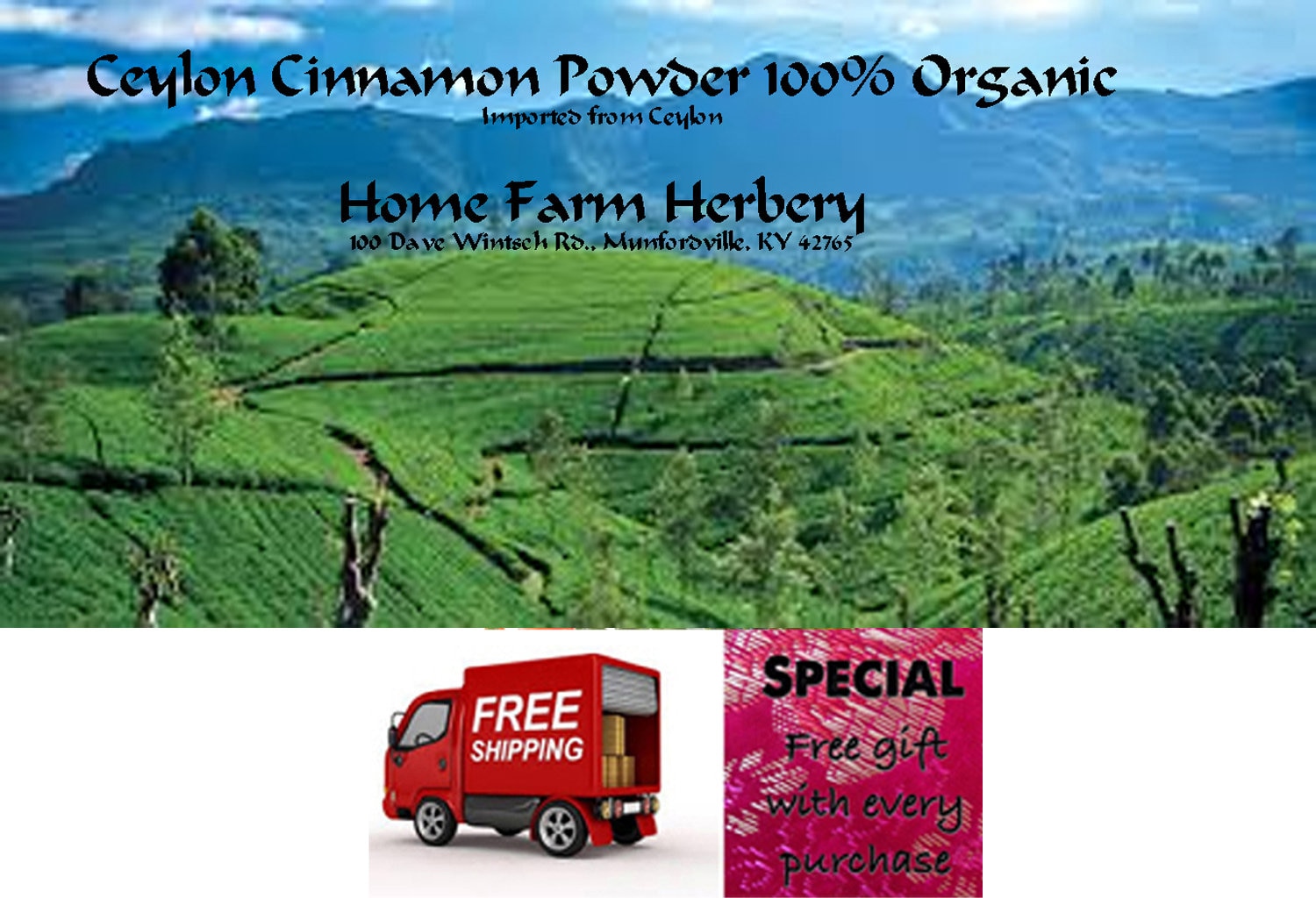 Though we do not grow cinnamon trees at Home Farm Herbery, we do use a lot of cinnamon in our blends and we only use 100% Organic cinnamon and only Ceylon 100% Organic cinnamon powder. Compared to the more common Cassia Cinnamon, Ceylon Cinnamon is less spicy and more complex, subtle, fragrant and citrusy taste and aroma.

So when we have to order some from Sri Lanka we always order a little extra to sell at our wholesale prices to our favorite customers.

Did you know that Ceylon Cinnamon is known as true cinnamon; where as most of the other "cinnamon" on the market is actually the closely related but very different cassia?

All orders come with a free herb, herb blend, tea sampler or heirloom seed of our choice. Order now!

We thank you in advance for your purchase as all our net proceeds go to St. Jude Children’s Research Hospital.