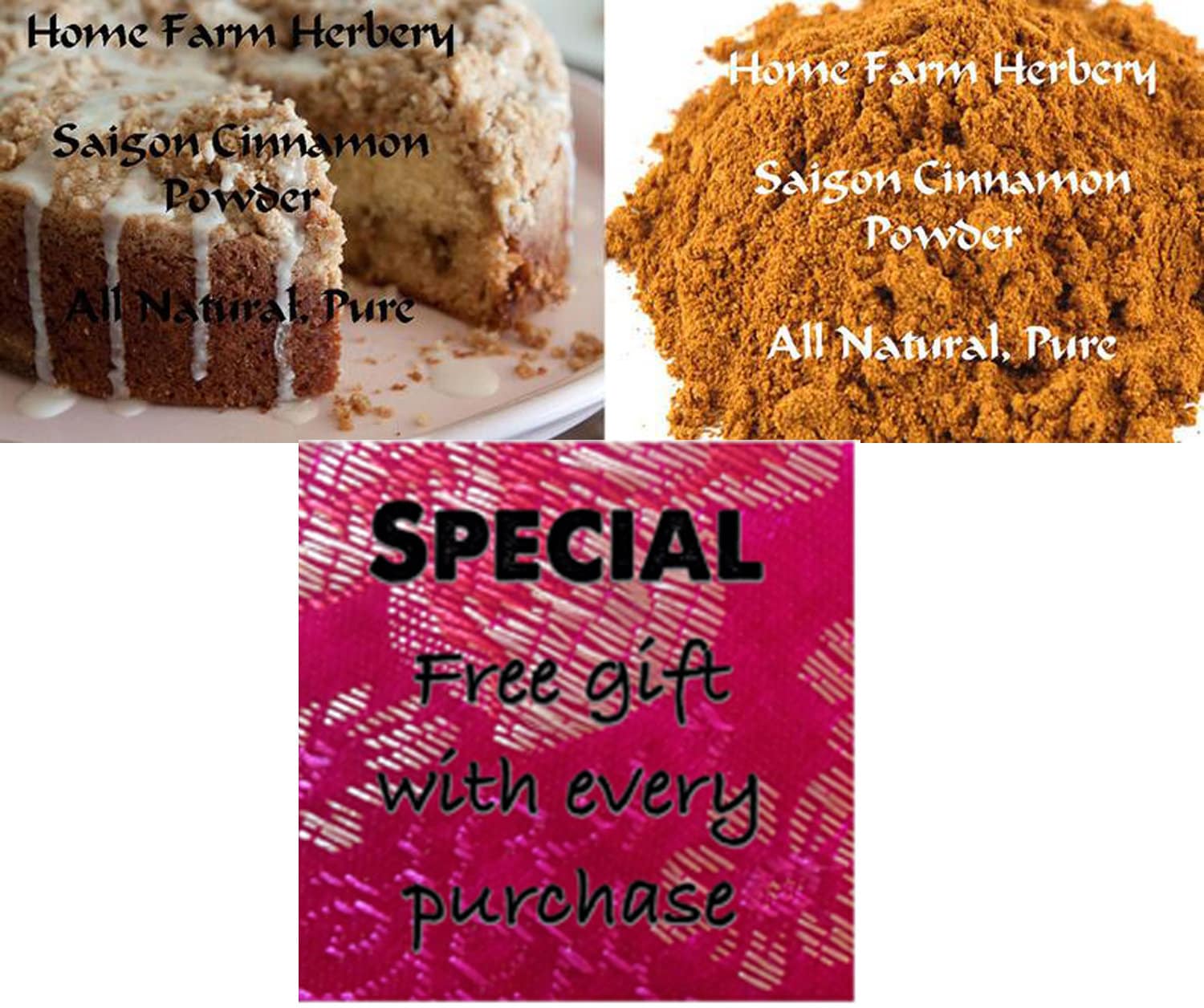 Cinnamon is one of our favorite spices in Home Farm Herbery’s kitchen, especially around the holidays and regretfully we do not grow it. We simply import the best and purest Saigon Cinnamon we can find and that is what we found in Vietnam after the exporting of it was halted for almost 20 years during the Vietnam War.

While our Vietnamese Cinnamon is grown and harvested in Vietnam, it is milled in the US to provide the freshest product. When baking or cooking with Vietnamese cinnamon, you should only use a very small amount (depending on how fresh it is) to achieve the flavor you would normally get when using a larger amount of other cassia or cinnamon.

Vietnamese cinnamon is considered by most cinnamon and cassia aficionados as being the most aromatic of all the cinnamon. The cinnamon oil content of our Vietnamese Cinnamon Powder is very high at 4%-6% which makes the flavor outstanding and leads many bakers and chefs to call this particular variety the best you can get. By comparison the most common cinnamon used in America is the cassia cinnamon from Indonesia (known as Korintje cinnamon) which has an oil content of 2%-3%.

Our Vietnamese cinnamon is highly prized among bakers and chefs for the high level of flavor that it brings to a variety of breads, cakes, cookies, dumplings, ice cream, pastries, pies and puddings. You’ll also find it in other more savory dishes as well – chutneys, pickles, meat glazes, soups, stews, squash and even vinegars. It’s also an outstanding enhancement to hot drinks like coffee, cocoa, cider and tea.

Cinnamon combines well with other spices such as allspice, black pepper, cardamom, cloves, ginger and nutmeg.

Order now and get a free herb, herb blend, tea sampler or heirloom seed of our choice.


We thank you in advance as 100% of our net proceeds go to St. Jude Children’s Research Hospital.