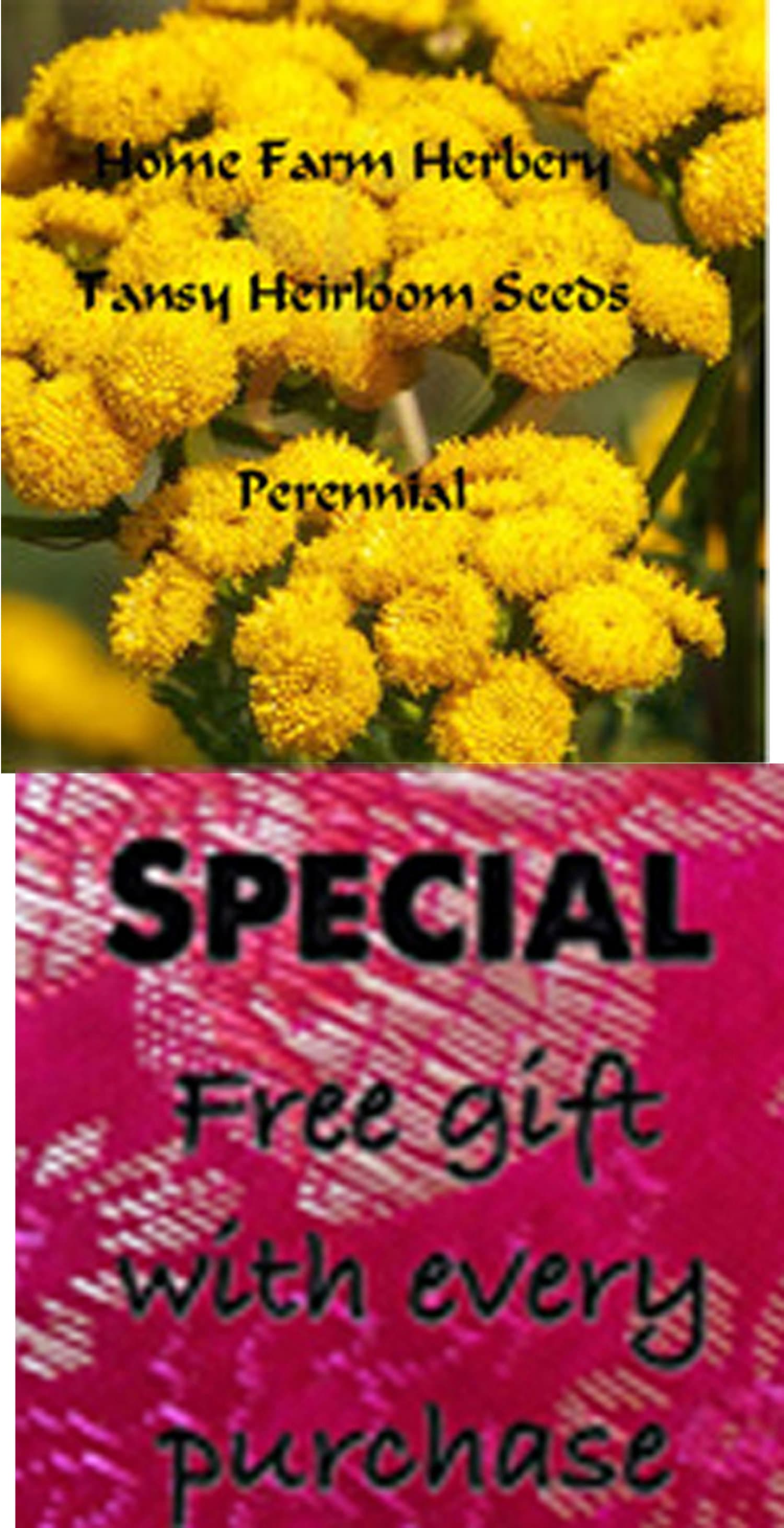 Tansy (Tanacetum vulgare) is a perennial, herbaceous flowering plant of the aster family, native to temperate Europe and Asia and we raise it at Home Farm Herbery.

It is also known as common tansy, bitter buttons, cow bitter or golden buttons. Tansy is a flowering herbaceous plant with finely divided compound leaves and yellow, button-like flowers. It has a stout, somewhat reddish, erect stem, usually smooth, 50–150 cm (20–59 in) tall, and branching near the top.

The leaves are alternate, 10–15 cm (3.9–5.9 in) long and are pinnately lobed, divided almost to the center into about seven pairs of segments, or lobes, which are again divided into smaller lobes having saw-toothed edges, giving the leaf a somewhat fern like appearance. The roundish, flat-topped, button-like, yellow flower heads are produced in terminal clusters from mid-to-late summer. The scent is similar to that of camphor with hints of rosemary.

The leaves and flowers are toxic if consumed in large quantities; the volatile oil contains toxic compounds including thujone, which can cause convulsions and liver and brain damage. Some insects, notably the tansy beetle Chrysolina graminis, have resistance to the toxins and subsist almost exclusively on the plant.

All orders come with a FREE herb, herb blend, tea sampler or heirloom seed of our choice.

Plant these beautiful perennials in your garden now.

When you sow this package of seeds you are taking part in the preservation of healing plants worldwide.

We thank you in advance for your purchase as 100% of our net proceeds go to St. Jude Children’s Research Hospital.